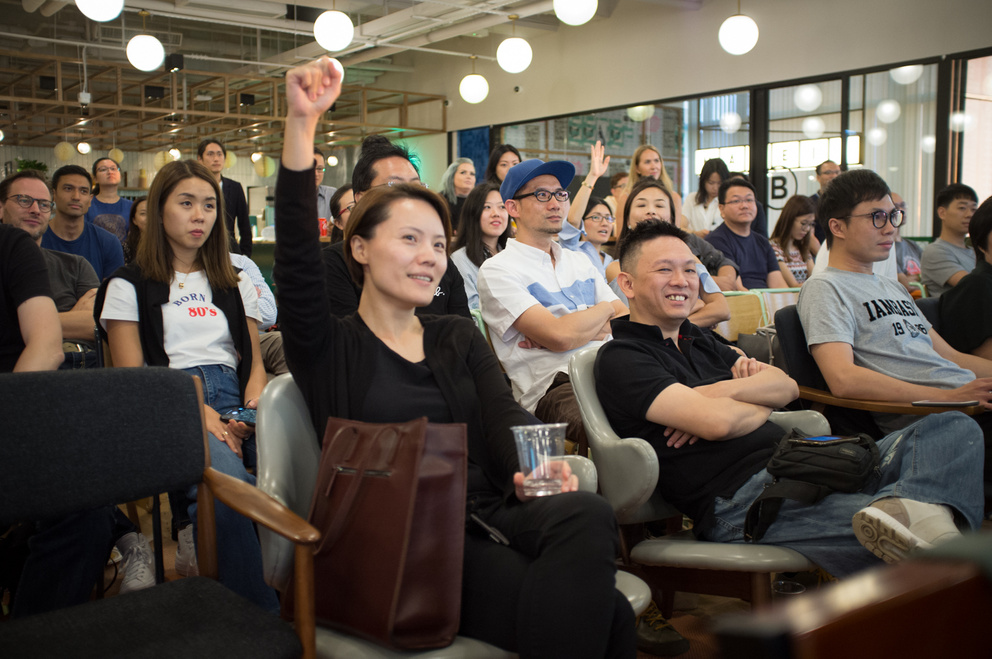 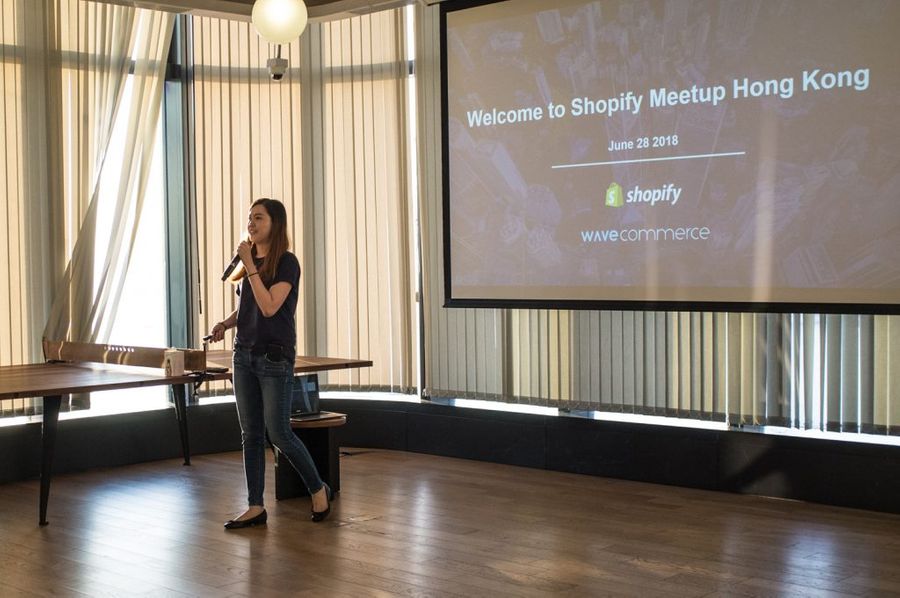 On June 29, Wave Commerce hosted the Shopify Meetup Hong Kong Summer event to bring together the Shopify merchant community and invited two successful brands, SAU LEE and Angry Lane, to share their tactics for selling globally. We would also like thank our venue sponsor WeWork and gift sponsor, Wunder360, for making the event so successful.

Below, we have recapped the event’s highlights and merchants’ key tips for people who may have wanted to attend. 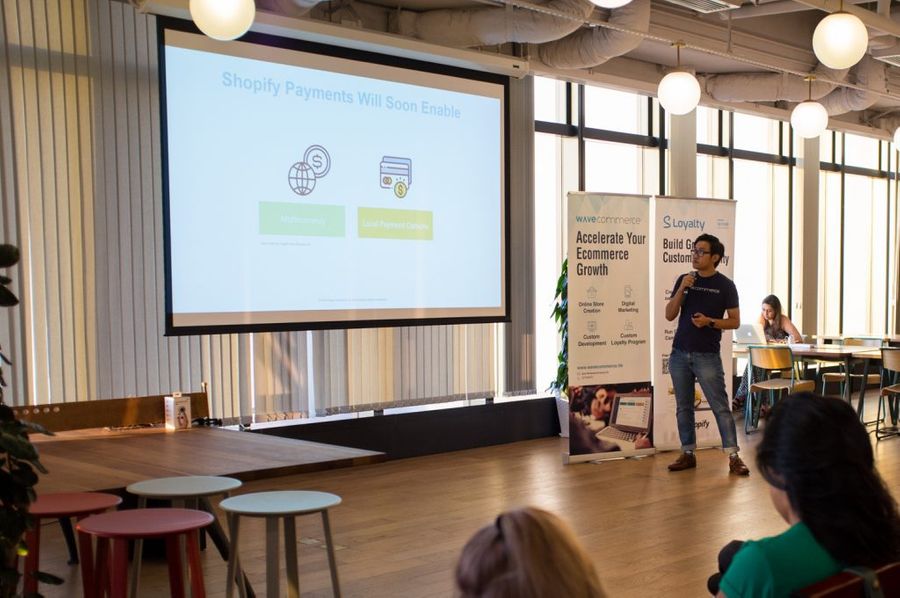 In May, Shopify announced features that will have incredible impact on Hong Kong and regional merchants looking to go global. As a Shopify Partner who has developed on the platform since 2013, we highlighted the features announced at Shopify Unite 2018 that merchants in Hong Kong should be looking out for. Alex from Wave Commerce kicked off the presentations by covering the recent Shopify announcements that will make selling easier to a global market: Dynamic Checkout, Multicurrency, Local Payment Options, Buy X Get Y Discounts (BOGO), Locations and Shopify Marketing.

Alex also surprised the audience with a pop quiz and a sponsored prize for an attendee who could answer a Shopify-related question. 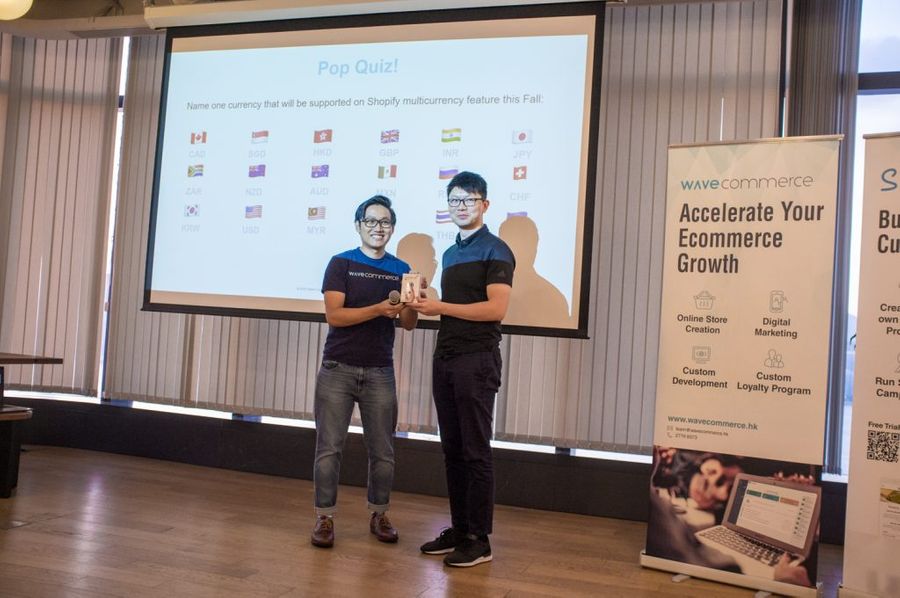 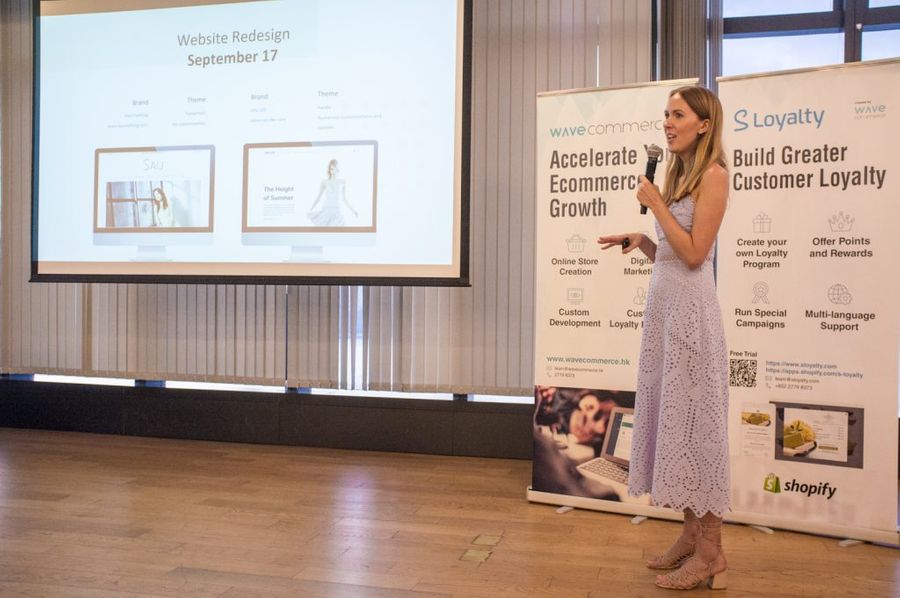 Egle from SAU LEE walks through rebranding from the website to influencer marketing on Instagram. Photo by Athena Lam

Egle Jakstaite from SAU LEE broke down key strategies that helped the fashion brand get stocked in department stores such as Nordstrom and Bloomingdales in four years. SAU LEE’s sales included an offline shop at PMQ and seasonal pop-ups, the branded Shopify online store, and wholesale. She explained how she utilized Shopify’s responsive theme to create an appealing layout for shoppers that was easy to update with seasonal photos and content. While majority of sales were outside of Hong Kong, an offline store helped develop the brand’s local presence and sales.

Egle also listed out the brand’s three main marketing channels: social media, influencers, and search. Egle recommended merchants to identify one strategic channel to engage their target market. She also walked through the company’s initial investments to kick start influencer marketing, noting that finding the right ones can quickly build momentum as other influencers learn about a new brand. Egle finished by sharing three Shopify apps that helped the business grow online: Kit, Easyship, and Mailchimp. 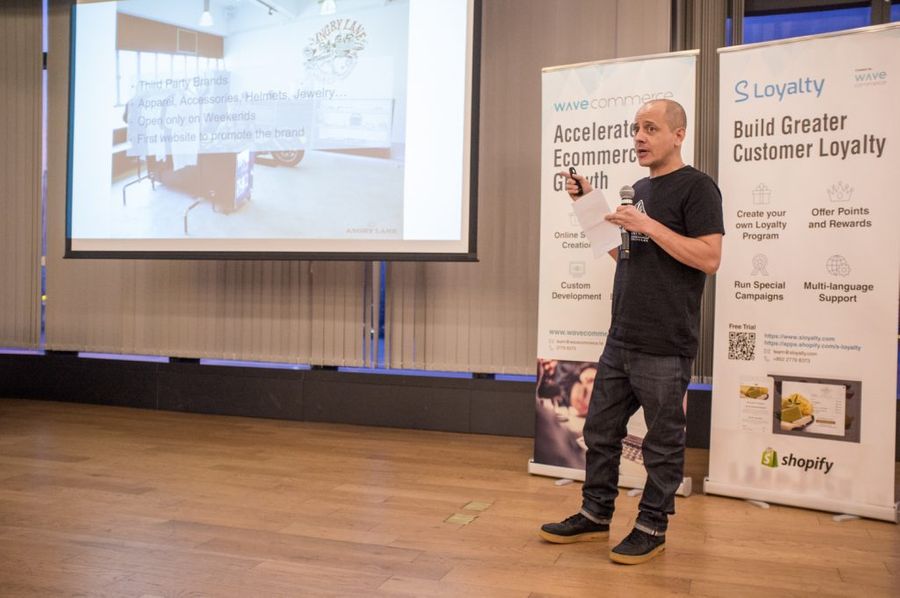 Next, Guillaume Barras, co-founder of Angry Lane, shared how he and his brother started their lifestyle fashion and custom motorcycle brand. As organic demand grew for their custom motorcycles, the brothers initially set up a physical store selling third-party motorcycle-related products. When they decided to create their own lifestyle products as well, with materials from the same sources as luxury and designer brands, they chose Shopify to create their online shop.

Guillaume dived into how various Shopify features helped him and his brother reach global customers, while at the same time freeing up their time to focus on product development. 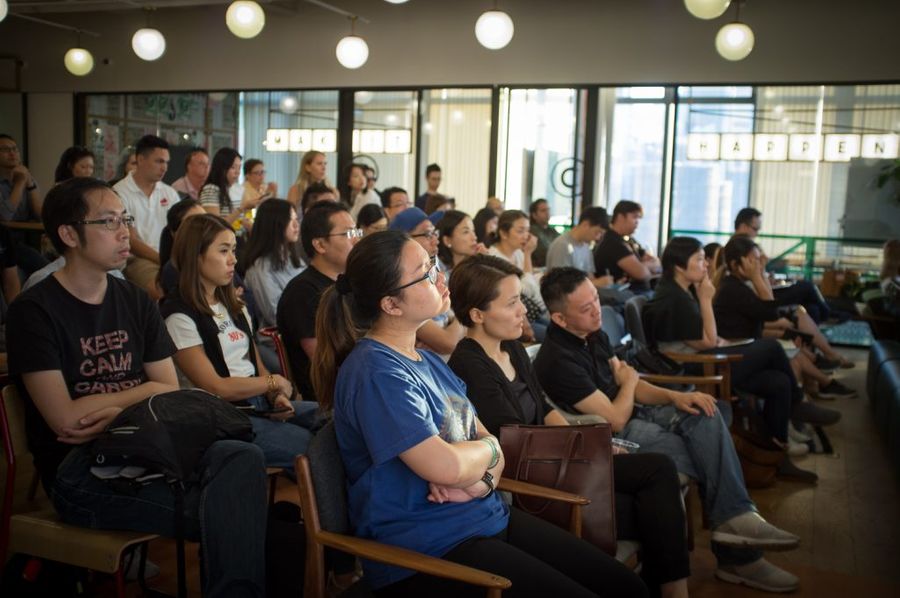 Guillaume also highlighted a main challenge for their cross-border sales: shipping and returns. Though Angry Lane has shipped to over 40 countries with 0 returns, Guillaume noted that striking the balance between merchant and customer convenience was essential. Guillaume mentioned that using Easyship helped him give customers more options, while simplifying his business admin work.

As local Hong Kong companies with majority of sales from overseas, both Angry Lane and SAU LEE, also noted crucial offerings that helped them stay globally competitive by offering free shipping above a minimum order, offering a return policy, and setting up return addresses in large markets such as the US. 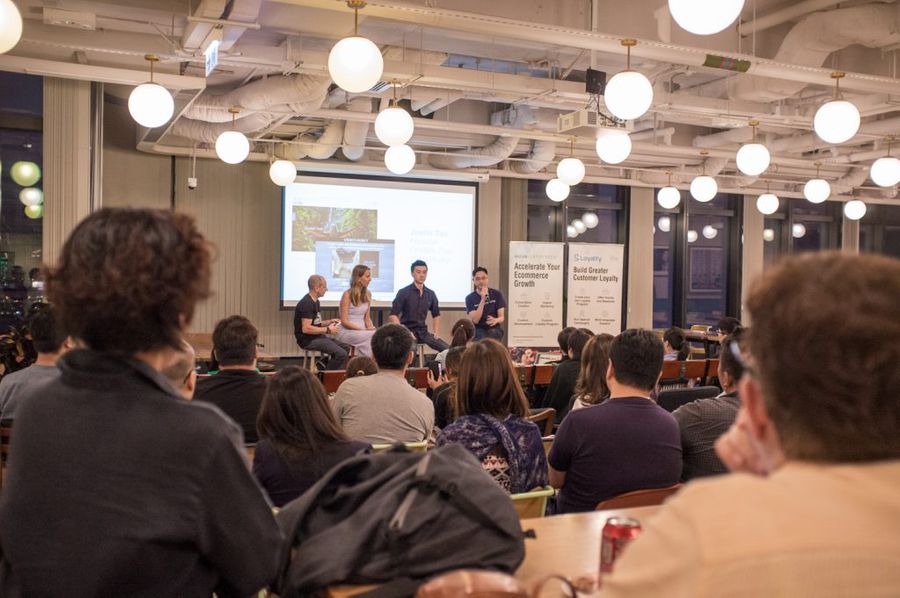 The evening wrapped up with a panel discussion with Egle, Guillaume, Justin Tan, founder of I’d Hike That and VideoHusky, and Rolland from Wave Commerce, who discussed growth strategies for early stage online businesses and overcoming challenges to sell globally. Justin cautioned merchants to calculate top line sales carefully when choosing payment gateways. Egle and Guillaume discussed keeping customers engaged, such as creating new products every season or expanding product lines. Egle’s closing advice to early stage ecommerce merchants was to minimize operations by using tools and getting help so that the team can focus on product development. 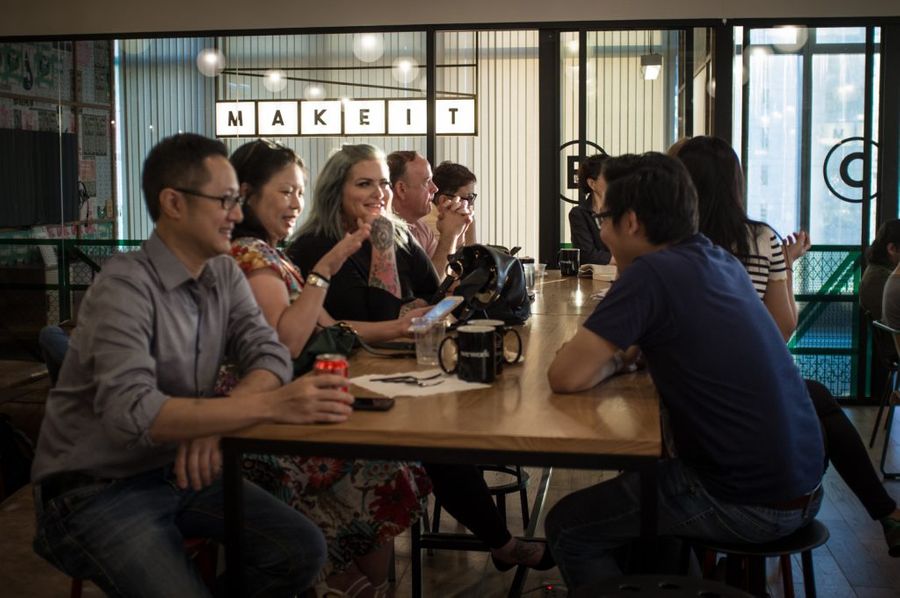 Merchants and Shopify partners share ideas before the talks. Photo by Athena Lam 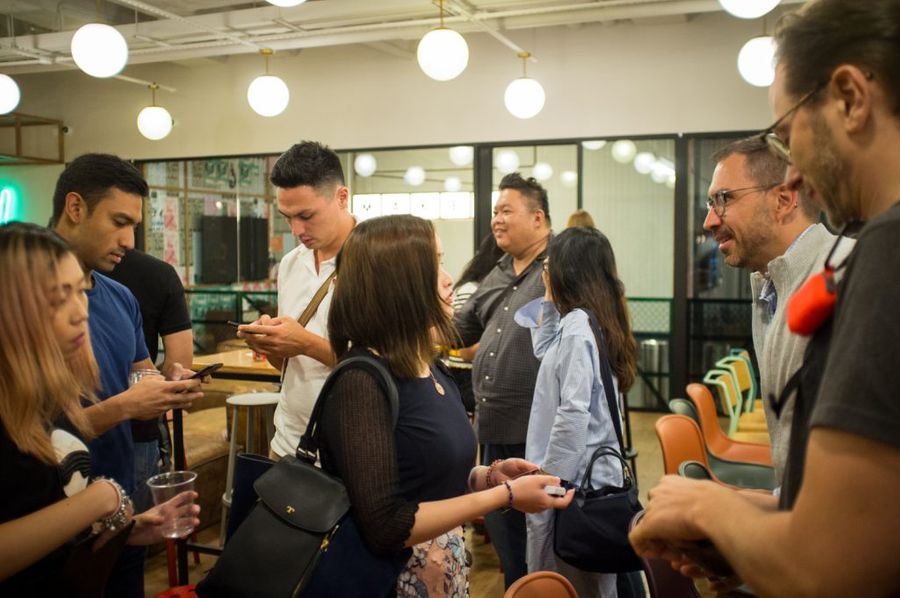 After the panel discussion, the attendees who ranged from Shopify merchants to ecommerce solutions providers networked and further discussed what is working for their individual online businesses.

Wave Commerce is planning to host another Shopify Meetup in Hong Kong next quarter to feature again some of Hong Kong’s most successful merchants and provide a platform for knowledge exchange. Look out for our next one in the Fall!

If you would like to discuss growth opportunities for your ecommerce brand, please get in touch!

Wave Commerce is a Shopify and BigCommerce partner and may receive affiliate revenue from merchant subscriptions to these platforms. 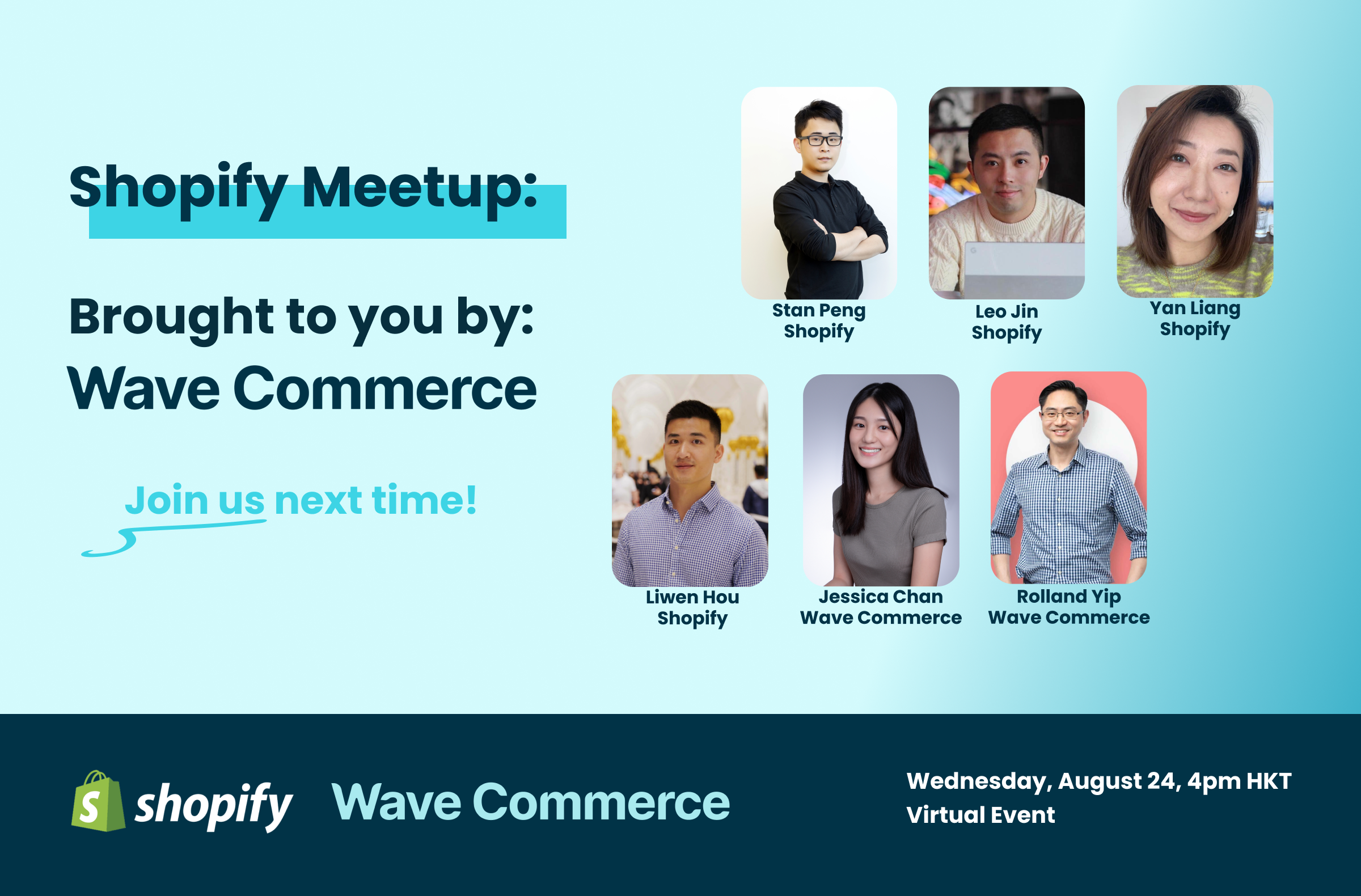