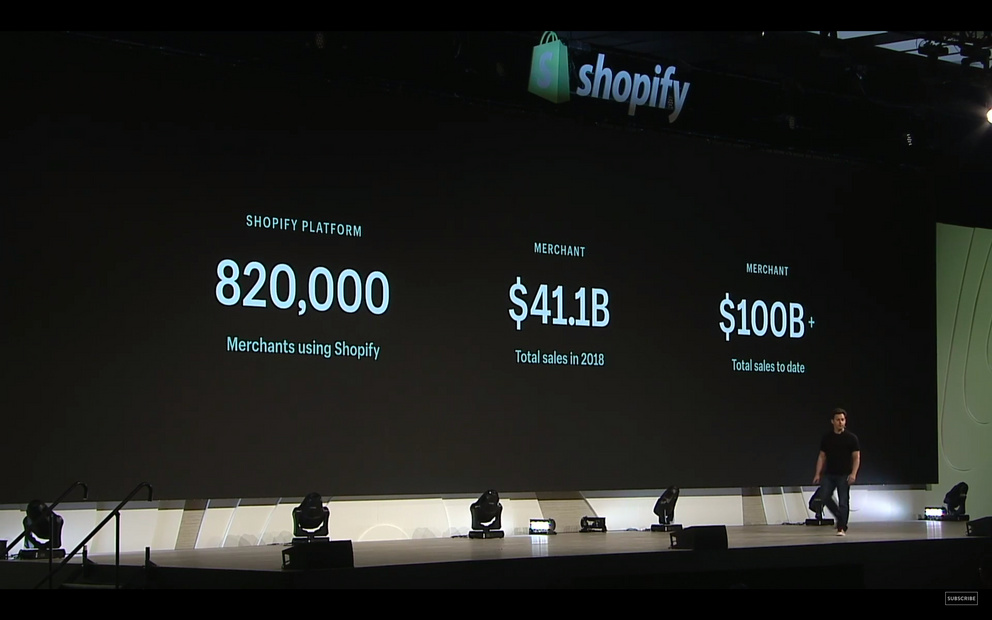 At the end of June, Shopify introduced a suite of new features at the platform’s flagship Unite 2019 conference. The Wave Commerce team attended the event in Toronto, Canada, and we are summarising some of the key features that merchants in Hong Kong doing local and cross-border ecommerce can take advantage of.

In the post below, we will summarise these main features:

Introducing 3D, AR, and Video and an Improved Online Store

At Unite, Shopify announced a series of store improvements designed to give merchants even more control of how they can narrate their brand story and feature their products. One of these includes native media support for videos and 3D views of store products, giving customers previews that can convince them to make purchases.

This suite of store upgrades also includes a redesign of store sections that allows for modular updates and improved predictive search, as well as product recommendations. You can learn more about the new features, such as Checkout improvements, on the Cynthia Savard Saucier’s recorded presentation.

This is available globally and launches in the latter half of 2019. 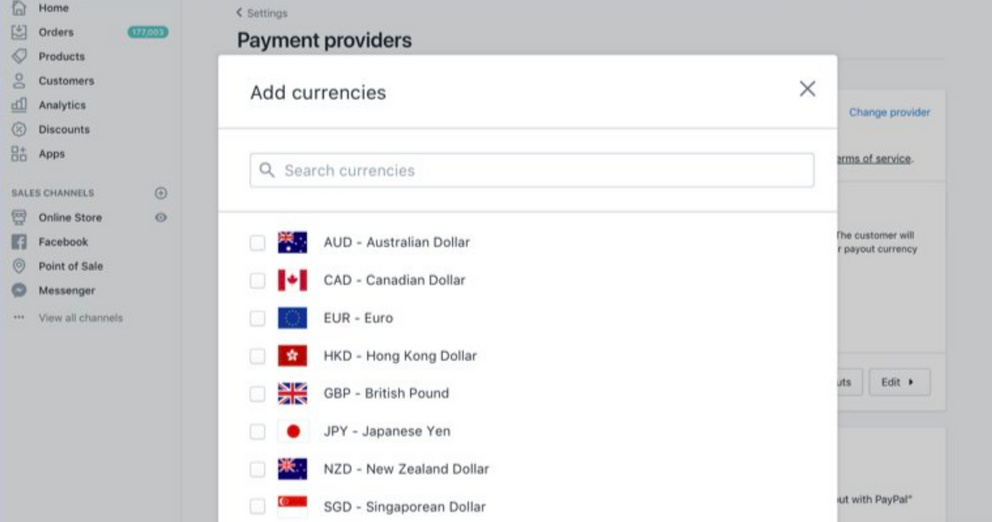 Many Hong Kong merchants doing cross-border ecommerce will also be thrilled to hear about multi currency support for all Shopify plans using Shopify Payments. Merchants that are using Shopify Payments will have currency support for USD, CAD, HKD, EUR, GBP, SGD, AUD, JPY, and NZD. This means that the customer will be billed in their preferred currency, and the payment is settled back in the store’s home (payout) currency with a 1.5% foreign exchange fee. Note that this feature requires a currency selector.

This feature is available globally and will be rolled out gradually beginning in the summer of 2019. You should look out for a notification on your Shopify admin when your store can start to use this new feature. 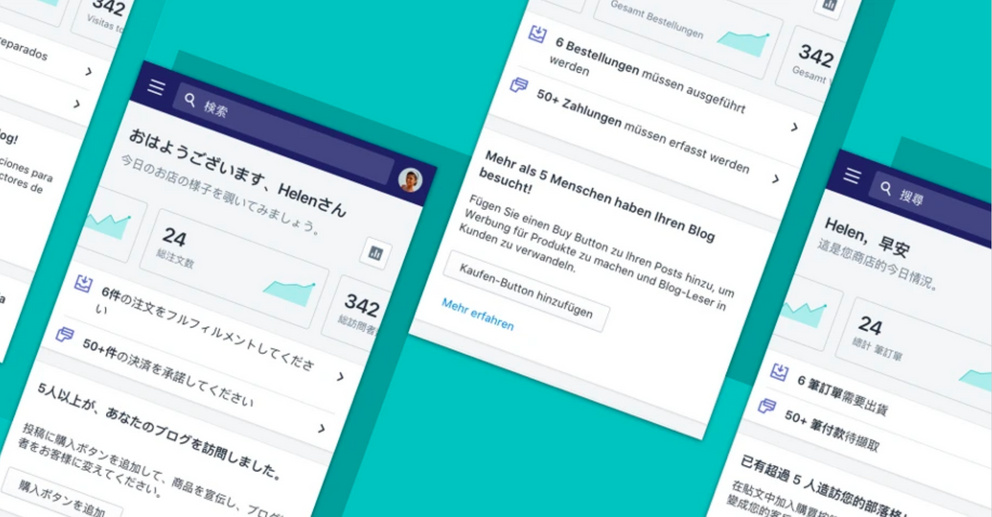 As Shopify is aiming to support brands going global, the platform also now has 11 languages for the Shopify Admin, including Traditional and Simplified Chinese, Korean, Japanese, and Thai. This helps local staff in these regions manage the Shopify store, and you can also find Shopify’s documentation translated into these languages.

In addition, Shopify has a Translations API that supports storing translated site elements. Merchants should note that this feature does not have a user interface in the same way third-party translation apps such as Weglot and Langify have, and therefore requires coding knowledge.

This feature is available globally in beta version.

The New Shopify Plus 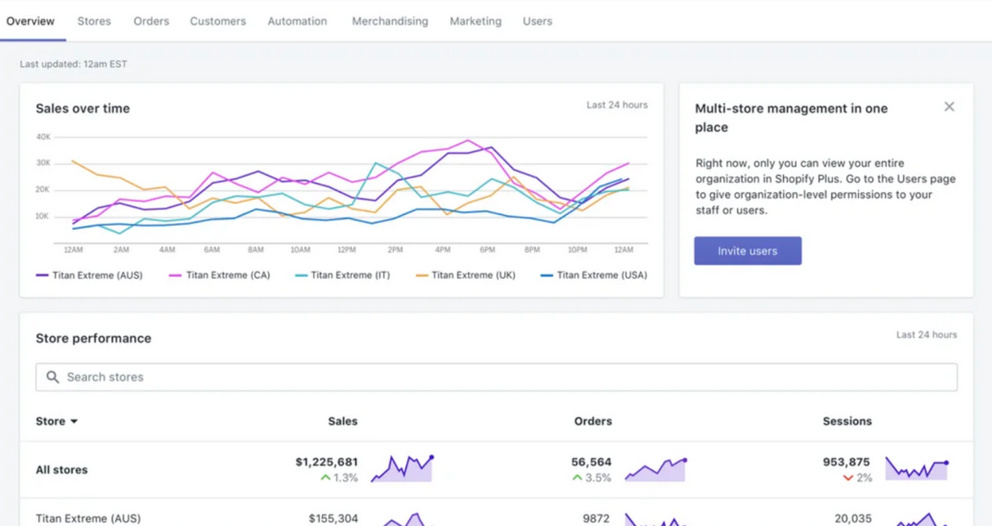 Shopify Plus, the ecommerce platform’s enterprise and cross-border solution, has also received significant upgrades. Merchants can now view their multiple stores on a single admin dashboard. This consolidation helps merchants’ administrative overhead, such as through managing staff permissions across all stores and more efficiently create additional stores. For additional details on how you can take advantage of these improvements, please check the Unite keynote presentation by Katie Cerar. 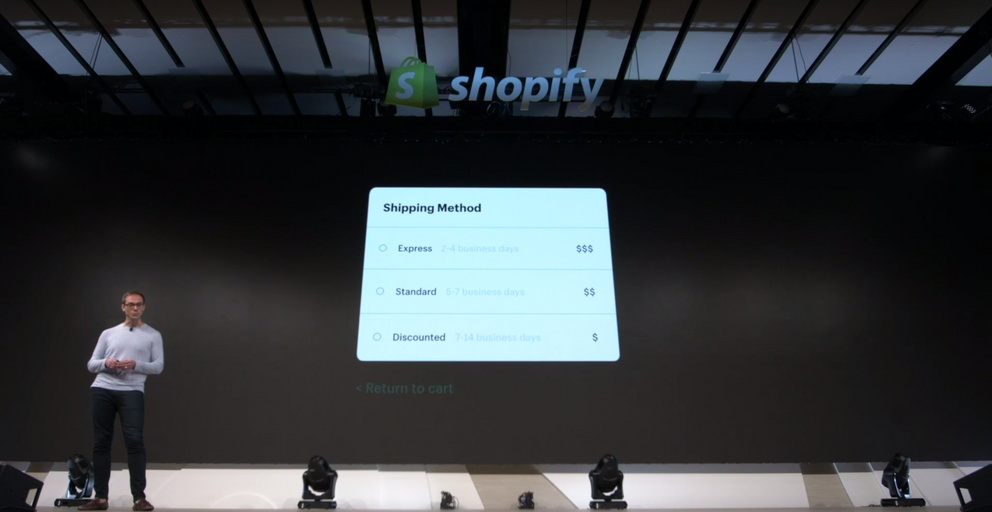 As Shopify a number of merchants in Hong Kong also have US online stores, Shopify Fulfillment Network is a key ecommerce service to consider using. Shopify has invested in a network of fulfillment centres and uses machine learning to ensure timely deliveries within 2 days with a 99.9% fulfillment accuracy. This solution not only provides fast, low-cost shipping, but also that allows merchants to use their own packaging, keeping control of the consumer brand experience in ways other fulfillment solutions do not currently offer. Find out more about how it works in Craig Miller’s keynote speech at Unite.

This service is currently launching in the US only.

Finally, Shopify POS is adding new capability to give brands a better integrated online and offline experience. Brands with online and physical stores have long had integration challenges, for everything from rewards programs to checking orders and inventory. The new Shopify POS gives direct-to-consumer brands one unified platform by which to serve customers in ways such as tracking inventory through multiple store locations, making purchases through another store, and rewarding customers with the same loyalty points online and offline.

The Shopify POS helps both fast emerging brands experiment quickly with physical retail and strategically put down physical roots. For brands testing the US retail market through stalls and popups, Shopify’s Tap and Chip Case is a complete mobile point of sale that can fit onto one hand. The Retail Stand and Tap and Chip Case are currently only available in the US. To learn more, you can listen to Arpan Podduturi presenting the Shopify POS at Unite.

For Hong Kong merchants, the Shopify POS app is still available. As long as merchants in Hong Kong have a card reader to capture the payment, the app can still work. 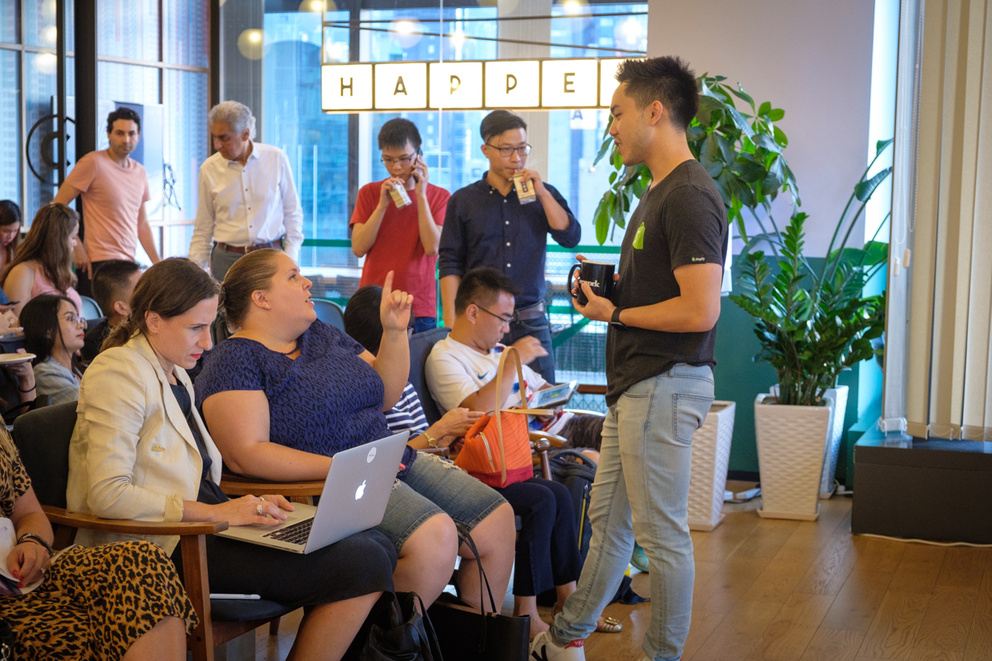 One week after the Unite 2019 conference, Wave Commerce hosted the Shopify Meetup Hong Kong 2019 Summer event. At our local meetup, Shopify’s Hong Kong Community Manager, Frankie Ng, presented the details of these new features to attendees. Frankie also stayed behind after the presentation to respond to individual attendee questions and further elaborate on launch details and how merchants can apply them to their stores.

You can find additional announcements, such as developer products, on Shopify’s website. We also recommend watching the recorded Shopify Unite Keynotes by CEO Tobi Lütke and COO Harley Finkelstein to learn more about the company’s vision for ecommerce.

If you would like to stay updated about Shopify announcements, please join the Shopify Hong Kong Facebook group, managed by Frankie and subscribe to our newsletter below to get an invite for the next quarter’s Shopify Meetup!