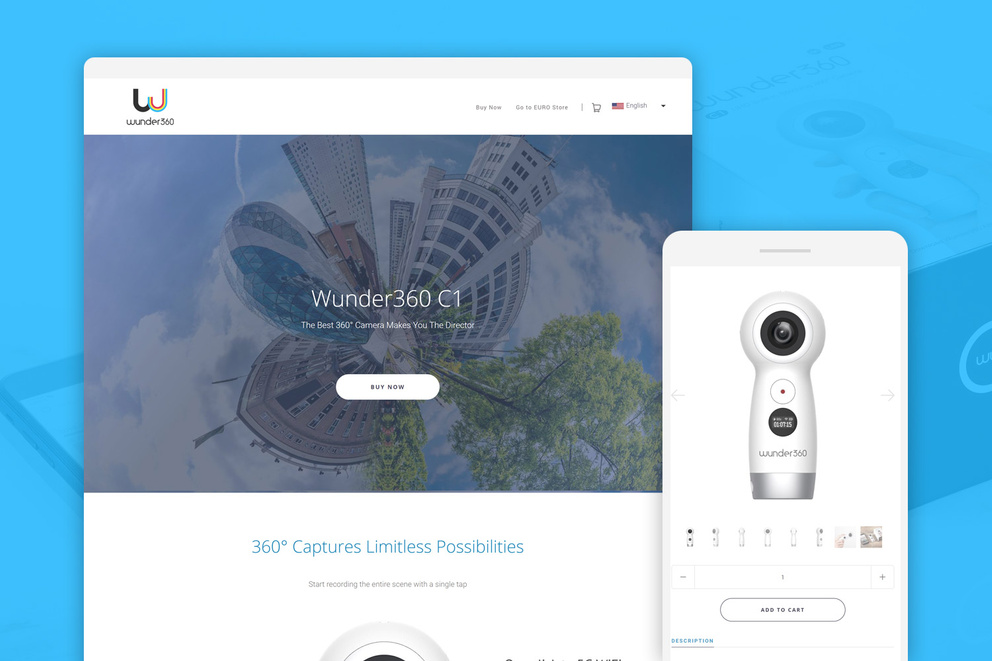 # Case Study: Evomotion Uses Shopify to Expand from China to US and EU Markets

In 2018, Evomotion, a leading 360° lense solutions manufacturer based in Shenzhen, China, was ready to launch a new flagship product, Wunder360 C1, to sell to consumers in the US and Europe. Excited to showcase their product at a major trade fair in Hong Kong, the Evomotion team wanted to make it easy for buyers to purchase the Wunder360 during and post-event, as well as reach shoppers around the world.

As the trade fair was quickly approaching, the Evomotion team found a trusted partner in Hong Kong to help them design, build and launch an ecommerce store in a matter of weeks. Evomotion engaged Wave Commerce, a Shopify Partner, to remotely build an English online store to tell their product story for the Wunder360 C1. 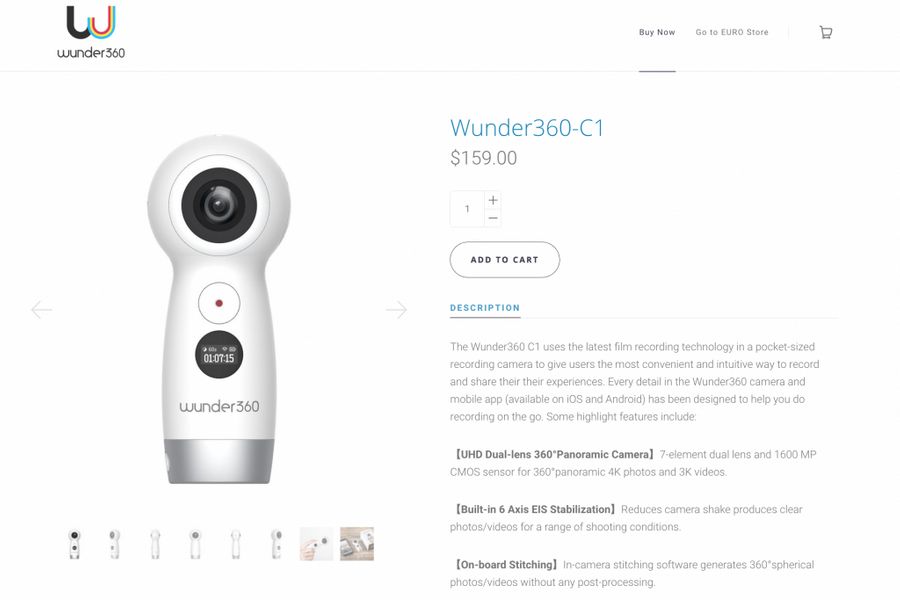 Evomotion is a China-based technology solutions company that provides manufacturing for hardware such as 360° lense solutions, mobile devices, and robotics. They also create complementary video production software for augmented reality and virtual reality. As the Chinese technology industry continues to advance, Evomotion wanted to expand their business beyond their home market in China. Evomotion wanted to tap into the growing worldwide ecommerce industry by becoming one of China’s first-mover manufacturers in its niche to go direct to global consumers.

Evomotion decided they wanted to use Shopify as a global ecommerce platform to be quickly adapted to meet deadlines without compromising on the website’s customer experience. Movover, thinking longer term, Evomotion wanted to leverage Shopify’s ecommerce functionality, third party app ecosystem, sleek store designs, comprehensive features such as discount codes and integrated global payment gateways, to future proof their preparations and create an ecommerce experience suited for a global audience. 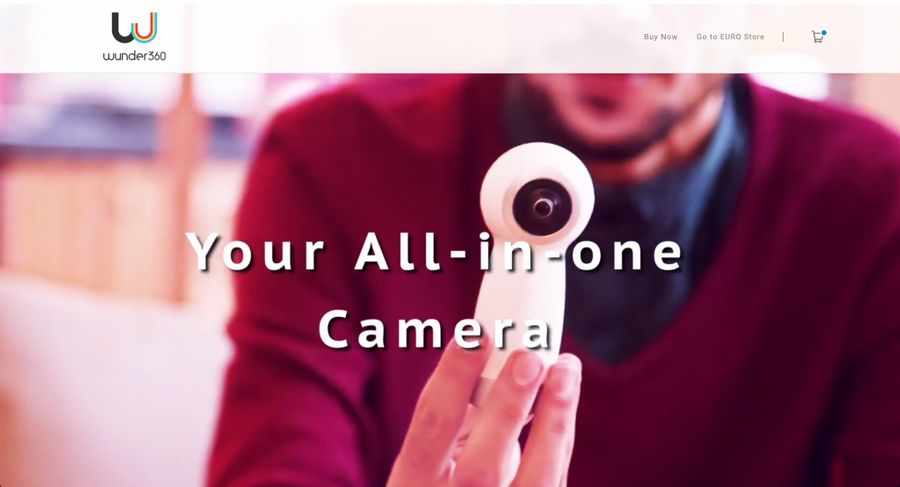 Wave Commerce worked closely with Evomotion to build Shopify stores that met design and technical requirements for the US and European markets in two weeks. Having significant experience developing on the Shopify platform, Wave Commerce helped Evomotion craft their product story into the site design and user flow. 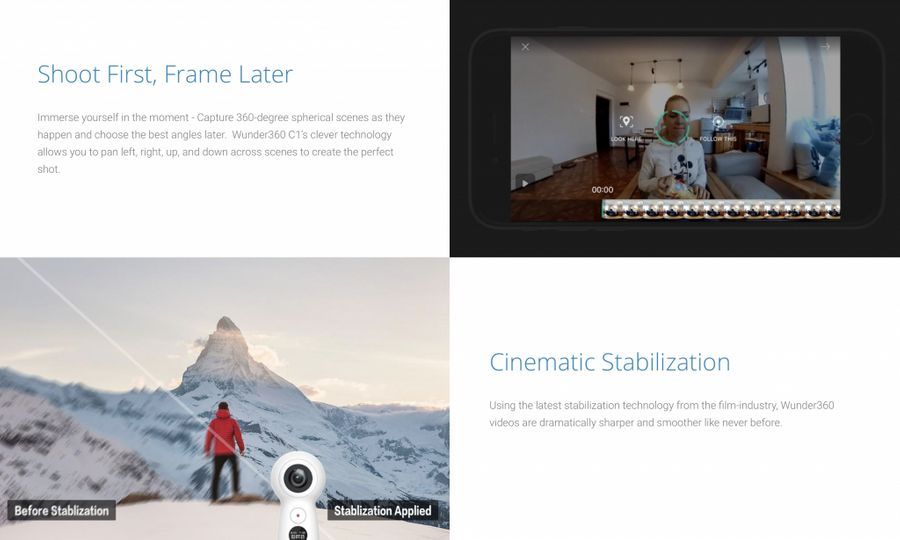 Weaving Shopify into an Ecommerce Ensemble 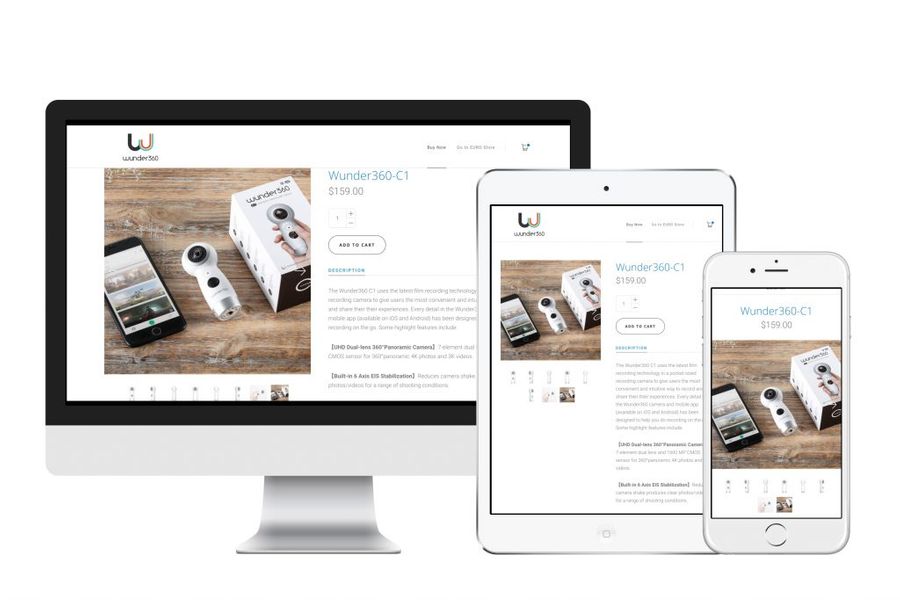 In addition to the sleek UI, Wave Commerce also considered the ecommerce store UX requirements, such as handling two different regions. Wave Commerce created two separate instances of Shopify stores to support payments in USD and Euros respectively, which were then stitched together in order to create a seamless experience for an online shopper. By choosing to use Shopify, Evomotion was also able to easily set up popular overseas payment options such as Paypal and credit card payment.

With the rapid turnaround through remote coordination, Evomotion was able to use the their new online store to support their sales team at industry events overseas familiarize themselves with ecommerce tools that would allow them to expand globally. Within months of launching their product store, the Wunder360 C1 was featured in The Next Web.